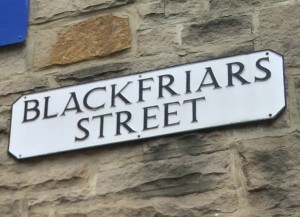 You can read the history of the Dominicans in Edinburgh during medieval times here.

1931: A new Dominican Priory in Edinburgh 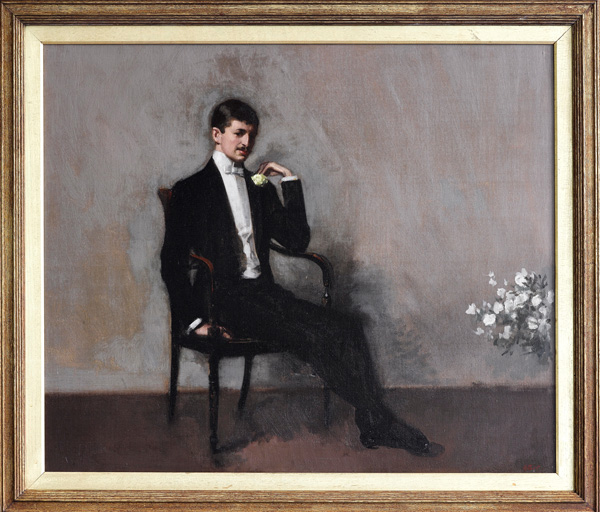 Our current foundation began in 1931. In 1900 there were no Dominicans in Scotland. Thanks to the support and encouragement of Marc André Raffalovich and Canon John Gray of St Peter’s, Morningside, friars were invited to preach at St Peter’s Morningside and in 1931 a small community made its home in 24 George Square. 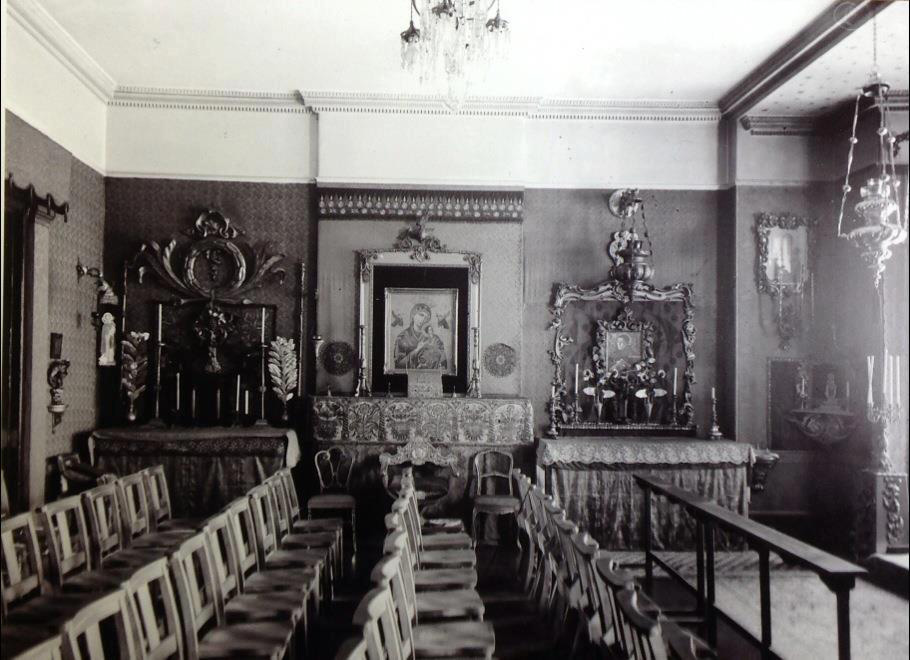 The large drawing room of this early Georgian townhouse was to serve as the chapel until 2012 when a new chapel was built in the back garden. Under the direction of Fr Fabian Dix OP the chapel was rather lavishly decorated, as can be seen from some photographs from the 1930s. Professor David Talbot Rice, after whom Edinburgh University’s Talbot Rice Gallery is named, liked to take visitors to the chapel, and would describe it as a bit like a chapel in a Greek village. It showed very little of Edinburgh’s characteristic restraint! 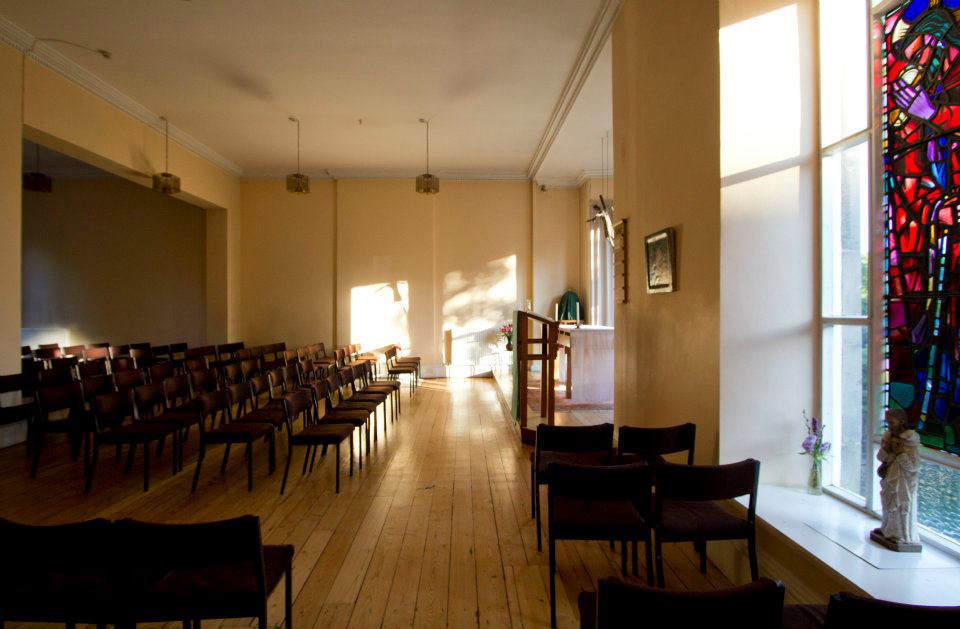 However, the friars who followed on from Fabian Dix had simpler tastes and by about 1970 the chapel was a simple light-filled space. The big bay window opened onto a mature sycamore tree which had been planted a century before to screen off the nearby Royal Infirmary Hospital from view. Many members of the congregation dubbed it “The Upper Room” because of steep stairs that led to it. During these years the friars lived mainly in 25 George Square which had been acquired in the 1960s. 23 and 24 George Square were given over to the life of the Chaplaincy.

In 2005 it was decided to build a new chapel. The only land available was the back garden of 23 and 24 George Square. Number 25 George Square was sold and parishioners, students and friars got together to raise funds for the new chapel. The chapel opened in 2012 and in the following year won great acclaim as a building of singular beauty. It was given a string of awards and is now listed in guidebooks to the city as one of Edinburgh’s hidden gems. The building was designed by Simpson and Brown with the lead taken by Stuart Allan. You can read more about the history and architecture of our buildings here. With this new chapel, located in the heart of Edinburgh’s Old Town, the Dominicans continue their mission of service to serve the spiritual needs of University staff, students and people from Edinburgh. What began in 1230 is still flourishing today.