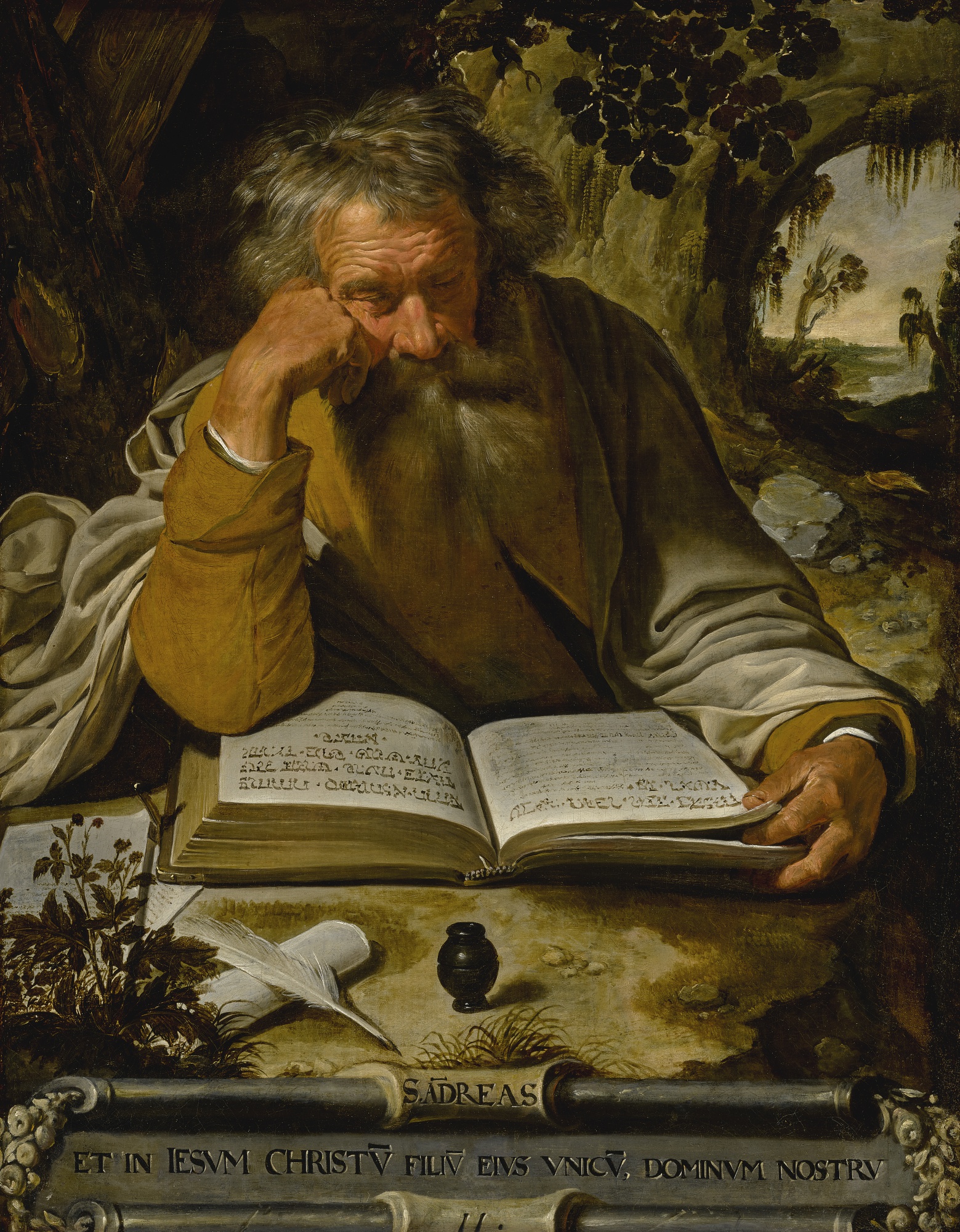 We are accustomed to paintings of St Andrew either with his saltire cross or with his brother Simon Peter on the shores of the Sea of Galilee on the day when Jesus first called both of them to follow.  But in this painting we are given a different view of St Andrew.  following convention, he is shown as an older man with a lot of grey hair and a substantial beard.   Often he was shown with a book or a scroll because he preached the gospel.  But oddly there is a pot of ink and a quill before him, even though he is not among the  authors of the New Testament.  Like so many paintings of St Jerome, the saint is shown in a cave but there is no cross and he is not doing penance.   He is reading the scriptures which are open before him.  Notice that they are written in Hebrew.   Perhaps, the answer can be found in a passage from the first chapter of St John’s Gospel, in which, having gone away to spend the day with Jesus, Andrew declares to his brother Simon Peter, “We have found the Messiah” (Jn 1: 41). Andrew uses the Hebrew word “Messiah” which the evangelist then translates for the reader as “Christ”.  St Andrew ponders the scriptures of the Old Testament which he has come to see come to their fulfilment in Jesus.   The inscription in Latin in front of St Andrew reads “and in Jesus Christ, his only Son, our Lord.”  Actually, this article from the Apostles’ Creed is associated especially with St Andrew because of his declaration of faith in Jesus as the Messiah mentioned above. And perhaps the scroll, the ink and the quill are there simply to symbolise the handing on of the faith by the Apostles, to which St Andrew gave the whole of his life.  St Andrew, Patron of Scotland, pray for us.