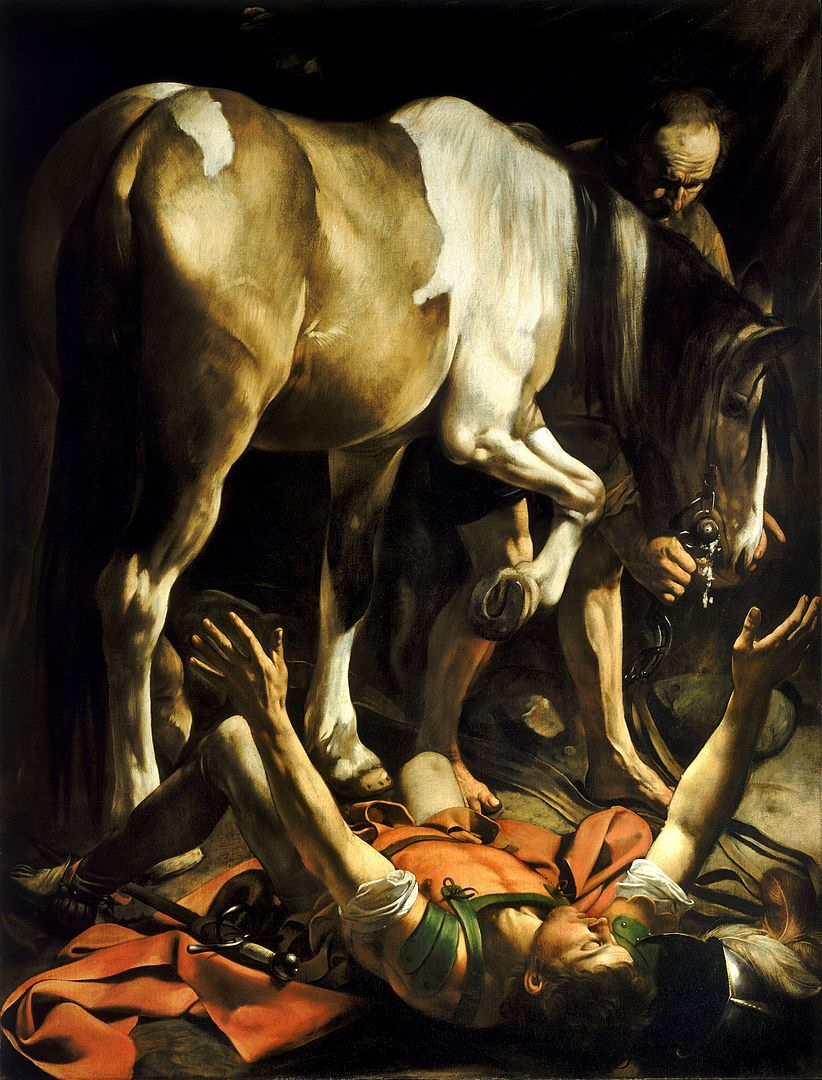 Maybe when you get a chance read Acts 9:1-8 and then look again at this picture. Caravaggio follows Acts fairly closely.  But notice that St Paul is cast as a Roman soldier and the horse (not mentioned in Acts)  is an ordinary cart horse, presumably not the kind of horse a Roman soldier would ride.  Anyway there is no saddle, so nothing suggests that St Paul was actually on the horse when he fell.  The horse and handler may just have been fellow travellers on the same road.  Neither understands what is happening, but they do understand each other. Caravaggio captures their bond beautifully, evoking thoughts of a journey and humility, so that we sense the life of journeying and humility to come.  The figures emerge from the darkness as this bright light shines down on the saint.  It can be seen even between his fingers.  This painting made Caravaggio’s name and he would return again and again to this heavenly light shining into the darkness.   The moment captured was pivotal both for the saint and the artist.  May we have the grace to recognise his light shining in our own lives. The prayer given for this week of Christian unity might well have been written with this image in mind.  It reads