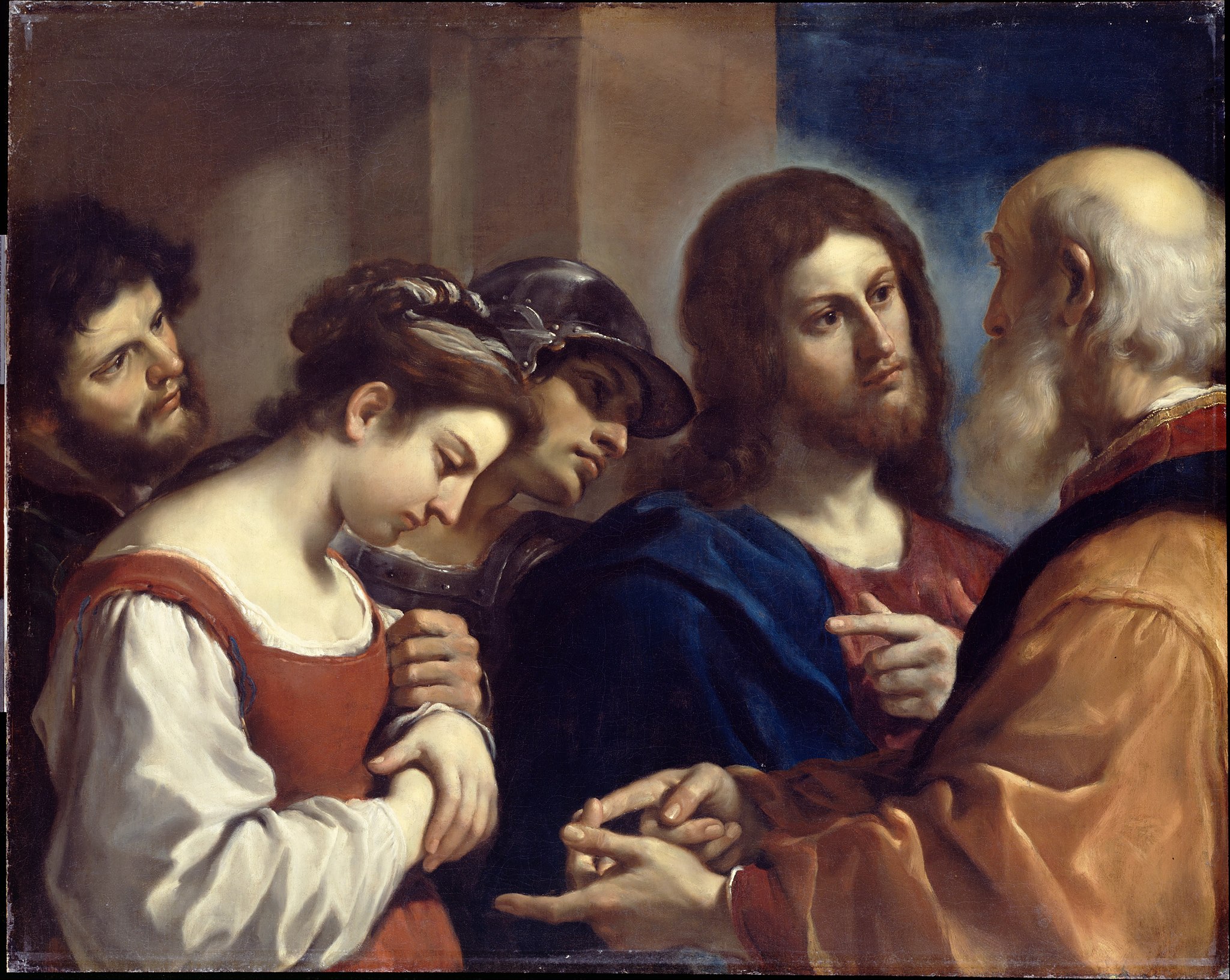 Guercino lived and worked in and around Bologna but here he adopts the Venetian practice of half-length narrative paintings. It is the moment when the woman who was caught in the act of adultery was made to stand in shame before everyone. The Pharisees asked Jesus, “What do you say about her?” Much use is made of glances and the play of natural light but the entire story is most powerfully conveyed by hand gestures. This is particularly apt when you consider how Jesus will write with his finger in the sand and the impact this has on her accusers. The Pharisee’s face is in shadow but his hands are at the centre and the light catches them. The light also catches those of the woman. She holds her hands together, looking downward as if resigned to her fate. Her pale hands contrast with those of the soldier who grasps her sleeve so roughly. Jesus stares intently at the Pharisee in silence, but with his right hand he points to the woman. It is with that same finger of his right hand that Jesus will write in the sand and then it will be the Pharisees’ turn to look down and to read, we presume, their sins written in the dust of the earth. The artist’s use of hands to express the drama is even more apt when you consider that some of those present were ready to pick up stones to throw at her. The hands of the Pharisee which are at the centre and closest to the viewer would probably be the first to throw a stone. Guercino uses light and shadow to further express the narrative. Just as the woman and her sin was pulled from the shadows, so too are the sins of her accusers. Significantly, the main accuser’s face is in shadow. The light also catches the face of a man on the far left. Who is he? The wronged husband? A disciple? Whoever he is, the light, which catches his face, reveals an attentiveness to the response of Jesus.