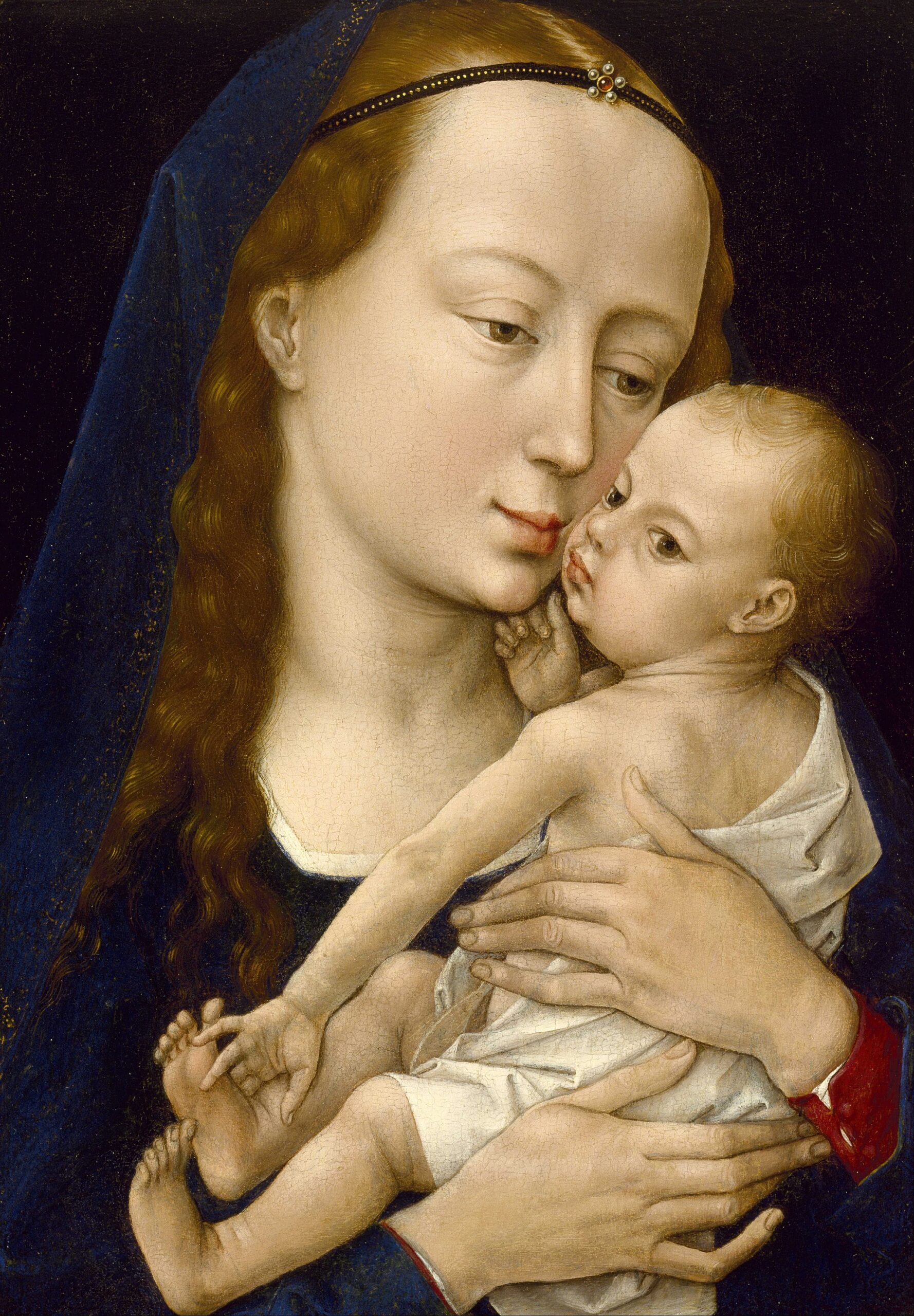 This small but exquisite painting of the Virgin and Child is likely to have been based on and Italo-Byzantine icon, which in 1451 had been brought from Rome, and installed in the Cathedral of Cambrai, not far from the artist’s native Tournai.  In it, the Virgin supports the Child with both hands. He touches her chin and their mouths are close enough to share the same breath.  The icon was believed to have been derived from a much more ancient one, which was said to have been painted by St Luke, and so a cult grew around this holy image.   So this image was thought to stretch back in time to the beginning of Christianity and, across the face of the earth to embrace all Christians: a wonderful symbol of the faith we share.  Around 1450 the hope of reunion between Eastern and Western Christians was still alive, but would fade with the fall of Constantinople in 1453.  The icon is of the type known as “Eleusa” which means tenderness. Van der Weyden’s “updated” image still conveys the same tender mercy of God for our world.  And the faithful prayed before this most tender and beautiful image for their own needs, and it is said, their prayers were answered.