VERONESE’S CHRIST AMONG THE DOCTORS IN THE TEMPLE 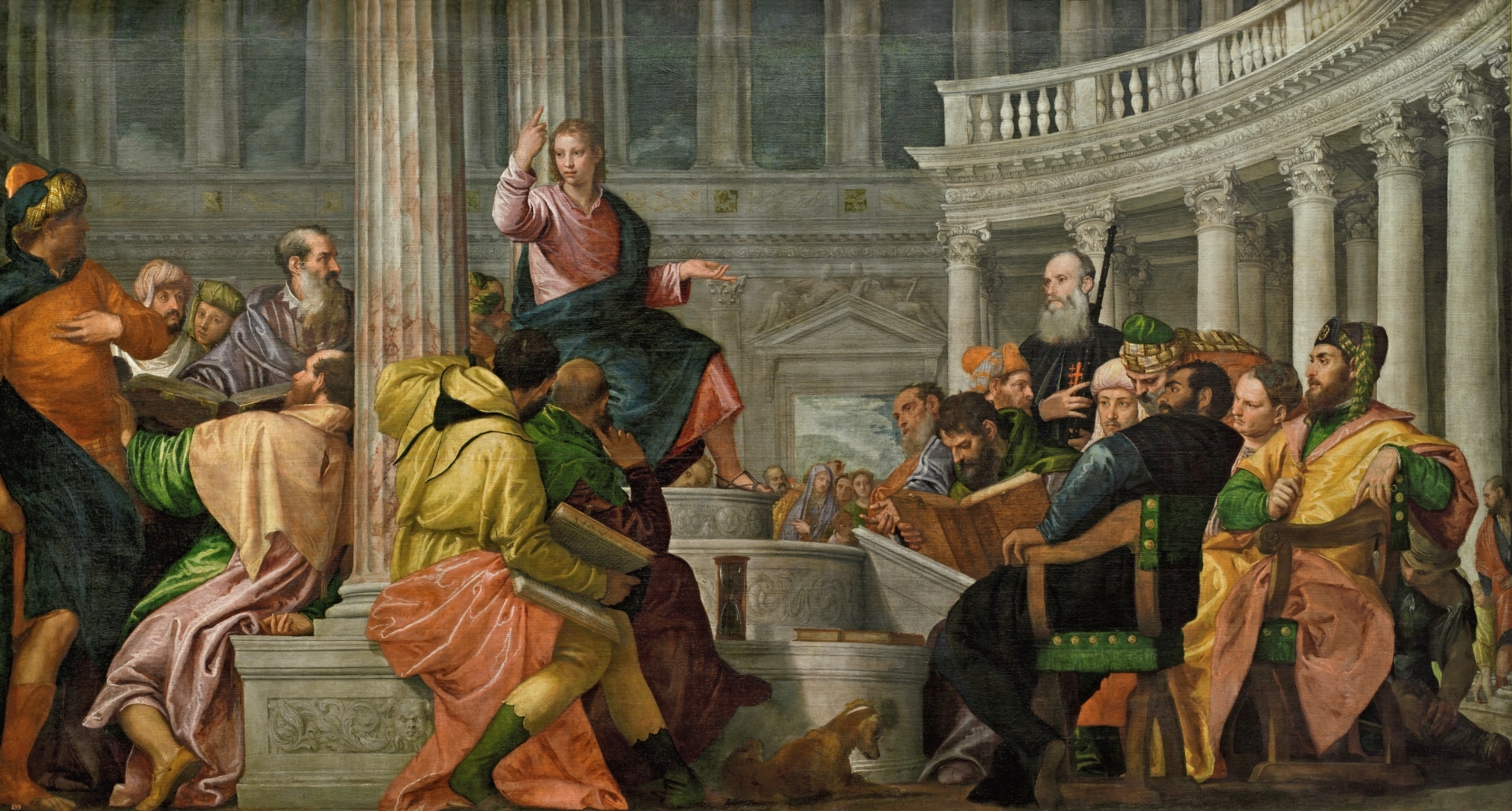 “Christ among the Doctors in the Temple”,  Paolo Veronese c.1560, Prado, Madrid.

In this painting the boy Jesus is shown teaching in Temple. St Luke tells us that this happened when he was 12 years old (Lk 2:41-52).   Veronese places him on a rostrum above the doctors whose eminence is suggested by their beautifully rendered and brightly coloured clothing. They are listening intently to Jesus and some are searching large tomes, as if are doing what is now called  “fact checking” !  The classical architectural setting suggests the world of pagan antiquity and just visible in the stone work above the door are two figures who seem to be listening to the words of Jesus. Mary and Joseph are at the door but Veronese paints them in muted colours so that we stay focused on Jesus and the doctors as they hear his wisdom.  In this scene God’s wisdom is encountered in this young boy but it is set against the wisdom of both pagan and Jewish antiquity.   This painting has been dated to about 1560 because the architectural setting is derived from engravings by Vitruvius, which were published in 1556. But there is an earlier date on the edge of the book that is held open by the arm of the doctor near the pillar.  It bears the Roman numerals MCXLVIII, or 1548.   It is generally accepted that this is too early to be the date of the painting.  However, that year may have been significant for the patron.  The tall man on the right in the black garb of a Knight of the Holy Sepulchre is probably him.  His dress is contemporary and he carries a pilgrim’s staff.  He may have been a member of the Contarini family because this painting was in their collection in 1648. The man carries a pilgrim’s staff.  If so, then perhaps this painting is really about how this particular man found faith in Jesus and the wisdom of his teaching in the scriptures as a pilgrim in Jerusalem some twenty or more years before.S

VERONESE’S CHRIST AMONG THE DOCTORS IN THE TEMPLE