Murillo’s Return of the Prodigal Son 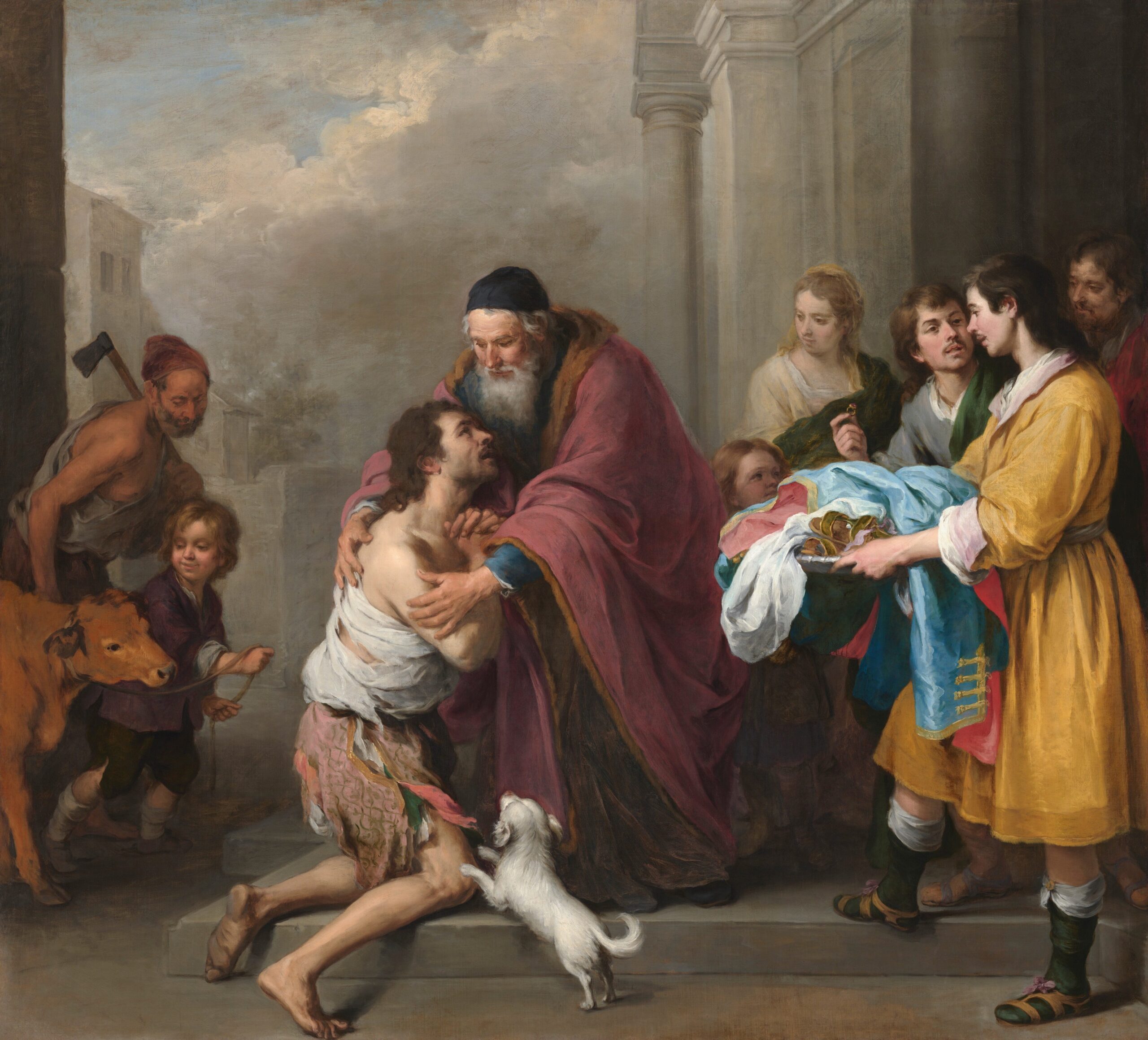 “The Return of the Prodigal Son”, Esteban Murillo, 1667-70, National Gallery of Art Washington.

This large canvas was one of a series painted for the Hospital de la Caridad in Seville to illustrate the seven works of mercy.  This scene represents the work of clothing the naked which Murillo illustrates using todays gospel story of the Prodigal Son.  The painting is centred on the father’s embrace of the son.  In fact, Murillo has made these two figures much larger than the rest.  The son kneels, while the father bends down to embrace him.   The rest of the story is told in the details.  The soles of the son’s feet are dirty from the roads he has travelled.  His tattered white shirt shows him to be destitute but the eye is led to the new white shirt prepared for him on right.  The little dog, also white, completes the triangle  and clearly recognises and rejoices in the return of son.  Behind on the left a boy leads the fatted calf to be killed.  The playful look on his face is countered by the figure accompanying him with a raised axe.  A calf was associated with Temple sacrifice and for this reason became symbol of St Luke whose Gospel begins and ends in the Temple.  Of course, by extension, it can also symbolise Christ’s sacrifice on the cross by which our sins are forgiven. To the right, the servant dressed in yellow, carries fine clothing for the son whilst his companion holds up a ring, both of which symbolise the restored status of the son, who was once lost, but is now found in the embrace and unfailing love of the Father.

Murillo’s Return of the Prodigal Son