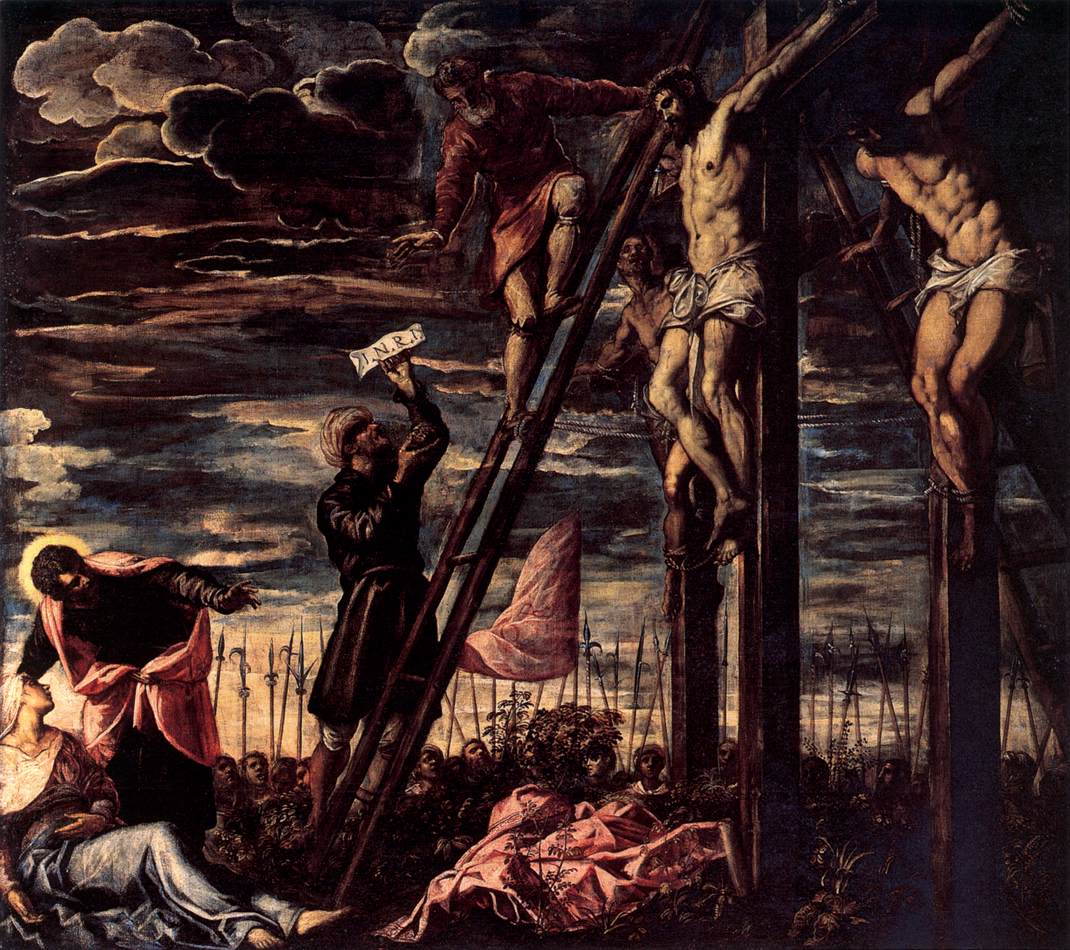 With the cohort of Roman soldiers,  we look upwards to Christ who hangs on the cross.  The spears are set against the evening sky like a fence.  At the foot of the cross, Christ’s seamless garment is strewn carelessly among the weeds. Directly, above it a Roman flag is held aloft.   Unusually, it is the ladder and not the cross that is at the centre of this composition. When the men have placed Pilate’s inscription above Christ, their work will be done and the ladder removed. The white parchment stands out.  we can read “I.N.R.I.” which are the four Latin capitals of the title “Jesus of Nazareth, King of the Jews”.  With your eyes, you climb the ladder to Christ on the cross.  In this work, there is a deliberate contrasting of two kinds of power and authority.  The inscription, the spears, and the  Roman standard are signs of the power and authority of Rome.  Set against this, we have the power and authority of God, expressed in powerlessness of Christ, who humbled himself to accept “even death on a cross” (Phil 2:8).   St Paul goes on to say, “Therefore God has highly exalted him and bestowed on him the name which is above every name” (Phil 2:9).  On the far left, St John extends his arm, as he would point Mary and us beyond the scene of crucifixion to faith in the one whose name is “above every name”. The Feast of the Exaltation of the Cross is celebrated on Wednesday 14th September.